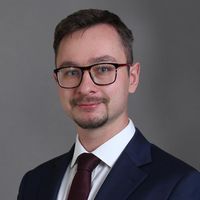 On 29 April 2022, the UK Prudential Regulation Authority (PRA) published its first consultation (CP5/22) on a proposed simpler prudential regime for non-systemic UK banks and building societies, termed by the PRA as the “Strong and Simple Framework” (see also our post on its original announcement). The consultation follows a Discussion Paper (DP1/21) in April 2021 and a Feedback Statement (FS1/21) in December 2021 and proposes a definition of “Simpler-regime firms”, the smallest banks (and building societies) to which the new regime would apply. This drive to simplify the prudential requirements under the UK capital requirements regime seems to be a key focus of the PRA- see our post on the PRA’s recent speech emphasising the benefits of a simpler prudential framework.

As set out in the Discussion Paper, the PRA is seeking to address the ‘complexity problem’ arising under the current prudential regime, where similar prudential requirements apply to all firms in-scope of the prudential regime regardless of their size and resources. The current regime therefore sets the cost of compliance disproportionately high for smaller, less financially risky, banks and building societies. The new regime is intended to introduce a simplified and proportionate regime for smaller banks, while also maintaining their resilience.

The proposed regime will be developed in phases and the PRA envisages it would have several “layers” of increasingly stringent requirements. The focus of the consultation paper is on the scope of the first layer of the new regime that would apply to the smallest banks and building societies, termed by the PRA as “Simpler-regime firms”. The PRA proposes to define such a firm as a UK bank or building society that: (i) has reported average total assets over a 36 month period of up to £15 billion; (ii) has at least 85% of its credit exposures located in the UK; (iii) has only limited trading activities and foreign exchange positions; (iv) does not hold any positions in commodity derivatives, apply the Internal Ratings Based (IRB) Approach to calculate its credit risk or provide certain market infrastructure services to other financial institutions in the UK (such as clearing, transaction settlement, custody or payment systems); and (v) where the firm is a subsidiary, it is a subsidiary of a UK undertaking. The PRA proposes to apply the test on a solo basis to firms which are not part of a group. For firms that are part of a group, the quantitative thresholds would be tested at the highest level of the UK consolidation group on a consolidated basis, as well as on a solo basis for each UK bank and building society in the consolidation group.

The proposals are at an early stage and, until the PRA publishes proposals on the simplified regime’s prudential requirements (which will follow in a subsequent consultation), it is difficult to assess whether the proposed definition of “Simpler-regime firm” appropriately addresses the complexity problem. Nonetheless, the consultation merits several observations:

These initial observations aside, the consultation seems to be an appropriate first step on the path towards a simpler prudential regime. It suggests that the challenge before the PRA will be to resolve the tension between two principal drivers behind the proposed reform: simplifying the existing regime on the one hand (which naturally leads to broad classifications and prudential categories) and treating each firm proportionately to its circumstances on the other (which would require a system of resource-intensive regulatory discretion and case-by-case assessments).