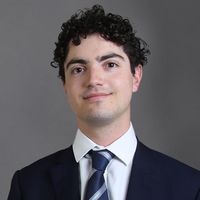 In a well-publicised speech on 26 April 2022, Sam Woods, the CEO of the UK Prudential Regulation Authority, argued for a radical and far simpler alternative to the UK’s current bank capital rules. Mr Woods was keen to stress that this alternative was a form of ‘blue sky thinking’, which would only ever come to fruition as part of a broader international transition under the guidance of the Basel Committee. Nonetheless, given the academic and industry critiques of the current Basel III regime, Woods’ vision is certainly worth taking seriously, if only as an exercise in long-term horizon scanning.

The undeniable complexity of these rules formed part of Mr Woods’ critique. However, at least as significant was his concern that the regime bakes in unhelpful pro-cyclicality. By way of example, if a bank breaches its combined buffer requirement, it is automatically prevented from making distributions to shareholders above a certain level. This disincentivises banks from ‘dipping into’ their buffers in times of stress, which, in turn, causes them to reduce lending volumes. This then tightens credit conditions in the real economy, which worsens the macroeconomic situation. The regime therefore builds in an adverse Keynesian multiplier effect: it forces banks to tighten their belts when times are tough, which only ends up making times tougher for real people. This negative feedback loop, in essence, is the conclusion of research on the (non-)use of capital buffers by US banks during the early days of the Covid pandemic identified.

Mr Woods’ suggestion seeks to tackle both the complexity and unhelpful pro-cyclicality of the current regime. In his alternative world, banks would be subject simply to a low minimum capital requirement and a single capital buffer, both of which would need to be met with common equity (so dispensing with the other types of regulatory capital instrument). The specific requirements would be determined separately for each bank within a given range. The idea here is that the regulator would set dynamically the optimum system-wide level of bank capital to match the level of macroprudential risk in the economy. Banks would only face action for dipping into their capital buffer if the regulator deemed it necessary, thus permitting banks to release (in extremis) their entire capital buffer in times of stress without consequence and so avoiding an adverse multiplier.

Although only a long-term outline, Mr Woods’ critique fits into a broader story of policymakers increasingly becoming conscious of the sheer density of the framework introduced in light of the global financial crisis; see, for instance, UK and EU proposals for simplifying aspects of the Solvency II regime.

Mr Woods’ speech also implies a larger role for regulatory discretion in setting capital requirements and in responding to a breach of the capital buffer. If this discretion is exercised appropriately, then Woods’ solution looks elegant and well-tailored: if not, however, we might be left pining for the myriad of acronyms in the current regime, discarded in the drive for optimal prudential efficiency.