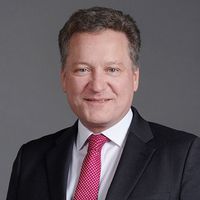 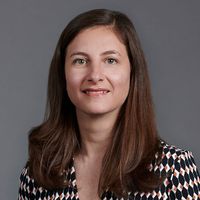 Following the UK's Treasury Department response to its final consultation on its review of the UK regulatory framework (the Review), its proposals, largely unamended following consultation feedback, are being legislated for through the Financial Services and Markets Bill 2022-23 (FSMB), which is making its way through the Parliamentary legislative process.

The Treasury's review was established to consider how the framework should adapt to the UK’s position outside the EU and be developed to deliver a more coherent and agile regime better equipped to meet the specific regulatory needs of UK firms, markets and consumers. Key aspects of its final policy, and included in the FSMB, are set out below.

As confirmed in the Treasury’s second consultation, the regulation model under the Financial Services and Markets Act 2000 (FSMA), with certain enhancements, will be retained, reflecting the view of the Treasury and the vast majority of stakeholders that this is the most appropriate way to regulate UK financial services. The UK's Prudential Regulation Authority (PRA) and Financial Conduct Authority (FCA) will continue to deliver that regulation and macro-prudential regulation, including the Bank of England's Financial Policy Committee (FPC), will not be altered.

As proposed, the government and Parliament will remain responsible for the overall policy approach (as they have been with the exception of directly applicable EU law) and the regulators will resume responsibility for designing and implementing the direct requirements that apply to firms, as set up under FSMA 2000 (FSMA).

EU retained law in-scope of the regulators rule-making powers under FSMA will be repealed and replaced with regulatory rules, a process which will take place over several years through primary, including the FSMB, and secondary, legislation allowing Parliament to scrutinise the changes. The government and Parliament will retain some rule-marking powers where these are not appropriate to be transferred to the regulators, including the scope of regulated activities and provisions covering the UK’s regulatory and trading relationship with other jurisdictions, such as equivalence arrangements and mutual recognition agreements.

A new Designated Activities Regime (DAR) will be set up under which the regulators will be given additional powers to regulate certain activities: immediately those currently regulated under EU retained law rather than FSMA and, in time, other new activities that emerge and existing activities which merit, potentially because of their risk profile, regulation.

The FCA’s existing rule-making powers for trade repositories and credit rating agencies will be put on a statutory footing and the regulator will be given additional powers as needed in relation to recognised investment exchanges, and payments and e-money providers. Following the Treasury’s separate consultation earlier in 2022, the Bank of England will be given a general rule-making power for central counterparties (CCPs) and central securities depositories (CSDs) modelled on the FCA and PRA’s rule-making powers under FSMA.

The Treasury has put in place a number of measures to strengthen regulatory accountability and scrutiny by Parliament and the Treasury, responding to the strong feedback received from industry and Parliamentary groups, and recognising the importance of this given the increased rule-making responsibilities of the regulators.

Such measures include requirements on the FCA and PRA to:

The Treasury will have a number of powers, including:

The Treasury has stopped short of a requirement, raised in its second Review consultation, that the regulators consult it on intended rule changes at an early stage and before these are made public, primarily because of the regulators’ ongoing concern that this would significantly impact their independence (the PRA again reiterating the importance of regulatory independence in its September 2022 discussion paper on its policy approach to the regulator’s wider rulemaking responsibilities).

The Treasury has also stopped short of introducing, at the FSMB’s House of Commons committee stage, the much publicised ‘intervention power’, which would allow the Treasury to direct the regulators to ‘make, amend or revoke rules’ where there are matters of significant public interest, on the basis it requires further time to consider such an amendment. This decision is also likely to be because of the ongoing push back, from both the Treasury Committee and regulators, given the impact such a power would have on regulatory independence. The Treasury will be conscious that any amendment introduced needs to be robust and properly substantiated given the challenge it is likely to receive.

Also reflecting the regulators’ greater rule-making responsibilities going forward and the fact that, while the UK was in the EU, the government was able to ensure wider public policy matters, such as growth and international competitiveness, were considered as part of the EU negotiation process, the Treasury has confirmed the introduction of:

In introducing the growth and competitiveness objective at the secondary level, the Treasury may have satisfied both industry, which called for such an objective at the primary level, and the regulators, who expressed concern at its introduction at either level given, in the regulators’ view, the Financial Services Authority’s (FSA) similar objective was partly to blame for the light-touch regulation seen in the lead up to the financial crisis. That said, the Treasury is clearly mindful of the fine line it has had to tread, with the then Chancellor stating in his Mansion House speech in July 2022 that “we are, I think, taking a balanced approach - by making it a formal objective we are encouraging greater focus on [the UK’s] medium to longer-term productivity but by making it a secondary objective, we are giving the regulators an unambiguous hierarchy of objectives, with financial stability and consumer protection prioritised”.

// The government has stopped short of introducing [into the FSMB] an 'intervention power'.//