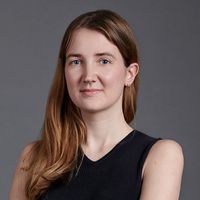 Until not so long ago, lawyers like me would have to trawl the internet for a whispered mention of crypto from a regulator, and it took quite a long time to explain my interest in the subject at a dinner party. Now, it is difficult to go more than a few days without a government or regulatory body (domestic and international) adumbrating its risks and promises. These claims to risks and promises have acquired a particularly vibrant hue in light of recent tribulations in the crypto markets, and as the person on the street takes an interest in 'what is to be done' .

Recent progress on the regulatory project to capture crypto both here and on the continent—a project that is now of several years standing, as regulators have sought to get to grips with the technology before making any sudden moves—is promising. In the past few weeks, the Council of the EU and the European Parliament have announced a provisional agreement on the EU's markets in cryptoassets proposal (MiCA), which notably requires issuers of asset-referenced tokens to have a registered office in the EU. Meanwhile, the Basel Committee on Banking Supervision edges closer to finalising its thoughts on the prudential treatment of banks' cryptoasset exposures, and the CPMI and IOSCO have confirmed that systemically important stablecoin arrangements should observe international standards for payment, clearing and settlement systems.

Here in the UK, moves to regulate stablecoins as 'payment cryptoassets' (or something similar) are well underway, and thoughts on how other regions of the crypto ecosystem like DeFi might be regulated are expected to follow later this year. Other recent tweaks to the regulatory edifice are likely to have no small impact; I'm thinking in particular of the requirement to be placed on proposed acquirers of cryptoasset firms to notify the FCA ahead of such acquisitions (allowing the FCA to undertake a 'fit and proper' assessment), and the proposed designation of the FMI special administration regime as the primary legal framework through which to address the failure of systemic digital settlement asset firms that are not banks.

In the cold light of Luna day, attention has rightly refocused on the need for an effective, internationally coordinated, regulatory framework to mitigate the risks crypto poses to financial stability; as somewhat macabrely put by Sir Jon Cunliffe of the Bank of England, 'people don't fly for long in unsafe aeroplanes'. Regulators are signalling that they are up to the challenge, and that they are only just warming up. How that plays out remains to be seen.

Recent progress on the regulatory project to capture crypto both here and on the continent—a project that is now of several years standing, as regulators have sought to get to grips with the technology before making any sudden moves—is promising.