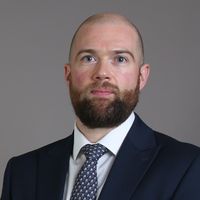 Last week the panel in charge of leading the review of the UK bank ring-fencing regime (the RFPT Panel) published an update on the progress of the review.

While the Panel's final report and recommendations will be published later in the year (the update mentions "early 2022"), the update contains some clues as to direction of travel.

Overall, the ring-fencing regime has successfully insulated retail banking services from risks associated with investment banking activities and provided financial stability benefits. However, these benefits are more obvious in respect of larger and more complex banks. There is little evidence that in-scope banks are trying to undermine or game the regime.

The ring-fencing regime was first devised to address the problem of banks being too-big-to-fail. However, the UK bank resolution regime is playing an increasingly significant role in addressing this problem as well.

The Panel considers that the ring-fencing regime has had no effect on competition in retail banking or its sub-markets. Anecdotal evidence had suggested that the regime has led to trapped liquidity in ring-fenced banks/groups, which has been deployed into retail lending products (particularly mortgage products) driving down prices to the detriment of other market participants. The Panel found, perhaps surprisingly, that there was little-to-no evidence of this being the case, with the situation rather being driven by longer term/macro-economic factors.

It has been recognised that the ring-fencing regime has led to increased funding costs for non-ring-fenced banks (i.e. within groups containing ring-fenced banks), but the impact of this have been judged insubstantial thus far.

4. Operation of the regime

The ring-fencing regime is rigid and has had a number of unintended consequences, both for customers and banks. For example, customers who require services from both sides of the ring-fence find it difficult to access such services and the absolute nature of certain restrictions on ring-fenced banks (including as to their permitted counterparties, geographical areas of operations and scope of services) has removed flexibility of delivery.

Governance arrangements which seek to ensure the independence of ring-fenced banks have, however, been deemed necessary and in line with the Senior Managers and Certification Regime.

5. Next steps and predictions

There is no indication in the update that the Panel will be recommending a significant, if any, increase to the ring-fencing threshold of £25bn, which certain banks reportedly lobbied for.

However, it is possible to read from the update that there might be a relaxation of some of the strict rules to which ring-fenced banks are subject. In particular, I think it's possible that the Panel's recommendations might include allowing ring-fenced banks to operate outside the EEA and/or to provide certain services to other financial institutions. They will almost certainly advocate for increased flexibility.

Perhaps of most interest will be what the comments regarding the interaction/alignment of the ring-fencing regime with the resolution regime will mean in practice. We will have to watch this space.